skip to main | skip to sidebar

Thank you to all you techies that came today :) I like the game strategies that we came up with and I like our "GENERAL" model of the robot 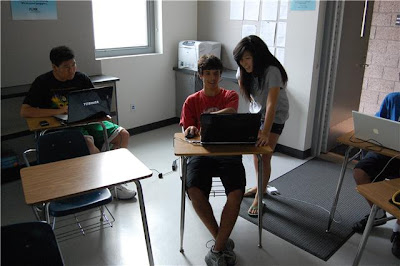 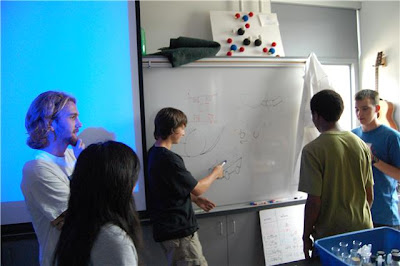 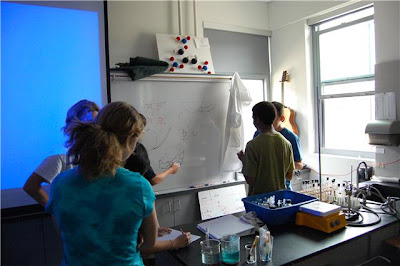 Here's the general game strategy we came up with today:
AUTONOMOUS PERIOD
White lines – how will it guide itself (Jerry’s soccer game): to open a ball dispenser
Color sensor – for a guide to open dispenser
Hopper to hold the ball àto collect balls and score/fire
Baseball machines?
Tennis ball collector device à to collect balls

AUTONOMOUS PERIOD
Open the gates via levers à program to open close on and far one and pick the one depending on where we are placed.
First few balls shot into high goal
If we have to open the lever further away we only want to open levers (no balls)
If we have to open the lever closer we want to shoot our first loaded balls (in high goal) and then open the close lever (8 balls)

QUESTIONS:
Open the other color’s lever so that the other team can’t get the points?
A bit chaotic I know (I'll write up a clearer run down for our log book) but you all get the picture. Thank you to JERRY for bringing his camera today and everyone else who managed to bring their laptops. Also, special thanks to Mr. Lineback for letting us use his room and all his cool knick-knacks (document projector, big projector, whiteboard, computers).
The Kit should be coming so as I said today if the KIT comes before Friday we are having a meeting!! I will email and update here if that happens. ALSO! I realized it is outdoor ed week next week so some of you (including myself) will not be here on Sunday, So we'll be meeting the following Sunday for 6hours instead make sure you have done the ROBOTC TUTORIAL I sent out and read up on the GAME MANUAL ETC. by then! :)
It looks like all is underway...keep up the AWESOME WORK TORREY TECHIES!

How to write on this blog...

We will be taking turns to write an entry in this blog so I'll go through the "how to become a Torrey Techie blogger" now:

Easy right? Please do this by Wednesday's meeting :D

Here is the first blog post for the Torrey Techies!
This blog will serve as the Torrey Techies' progress log for the First Tech Challenge.
Please try to bring a camera to each meeting so we can take photos/videos and post them here.
See you all Wednesday (Sept. 09) at lunch in Dr. Domanico's room to start on our mini project.

Su
Posted by Torrey Techies at 1:28 PM No comments: